Description:
Company on Eastern is a mixed-media gallery and performance space occupying a 100-year-old flooring mill and warehouse. The owner's family ran the business in the space and adapted the building as needed over the company’s long life, until its eventual relocation.
A new gallery was conceived of as a volume within the larger envelope of the existing warehouse. This volume is defined on one side by a glass wall that allows views and light into both the gallery and the stone carving studio beyond. The rear wall of the gallery is a folding partition that allows for easy interchange of large stone works into and out of the gallery, as well as containment of dust and noise.
A second phase of work renovated existing office spaces into leasable musician studios and a common recital space. This project included a good thorough scraping of finishes, carpet was removed in favor of epoxy flooring, vinyl wall coverings were removed in favor of exposing the existing brick, and dropped ceilings were removed in favor of steel beams and plaster.
The goal of the project was to re-inhabit the building in a way that accentuates and honors the building’s history. A
clear distinction is made between new elements and those which are original to the building: an original floor tile inlay
is preserved and highlighted; light fixtures were re-lamped rather than replaced; a garage door is re-used as a sliding privacy panel. This project has given an old building a new character and purpose, while protecting and enhancing its history. 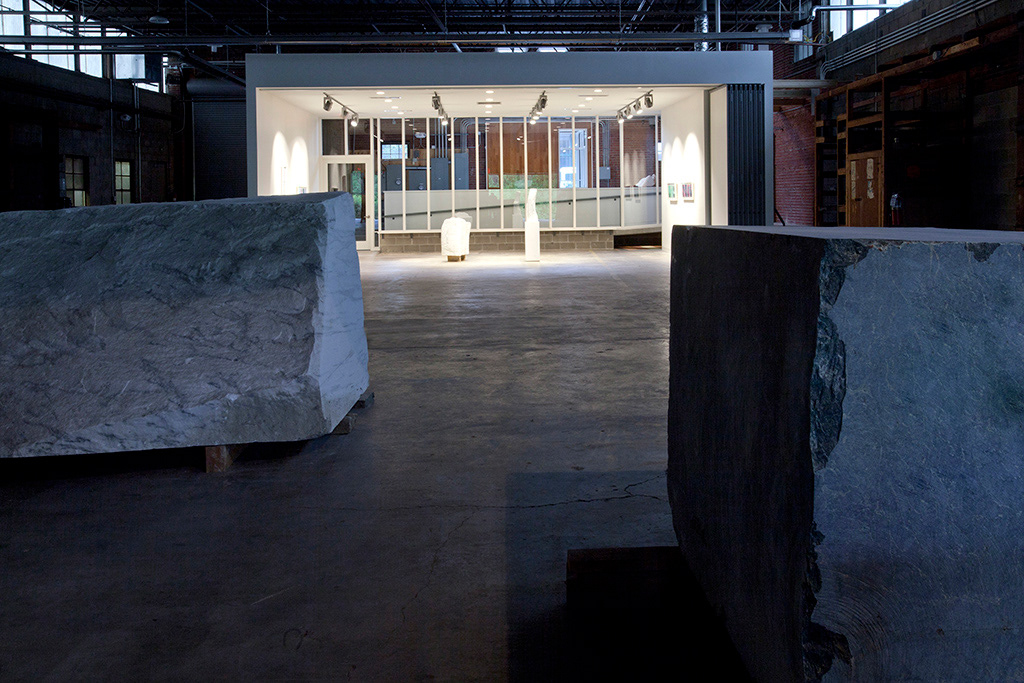 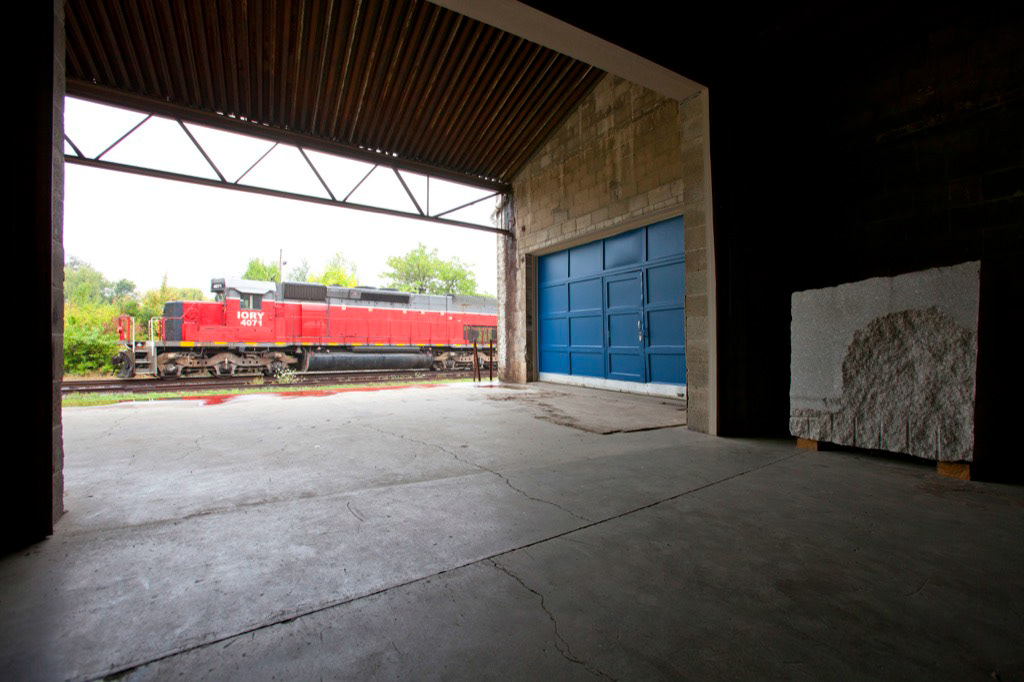 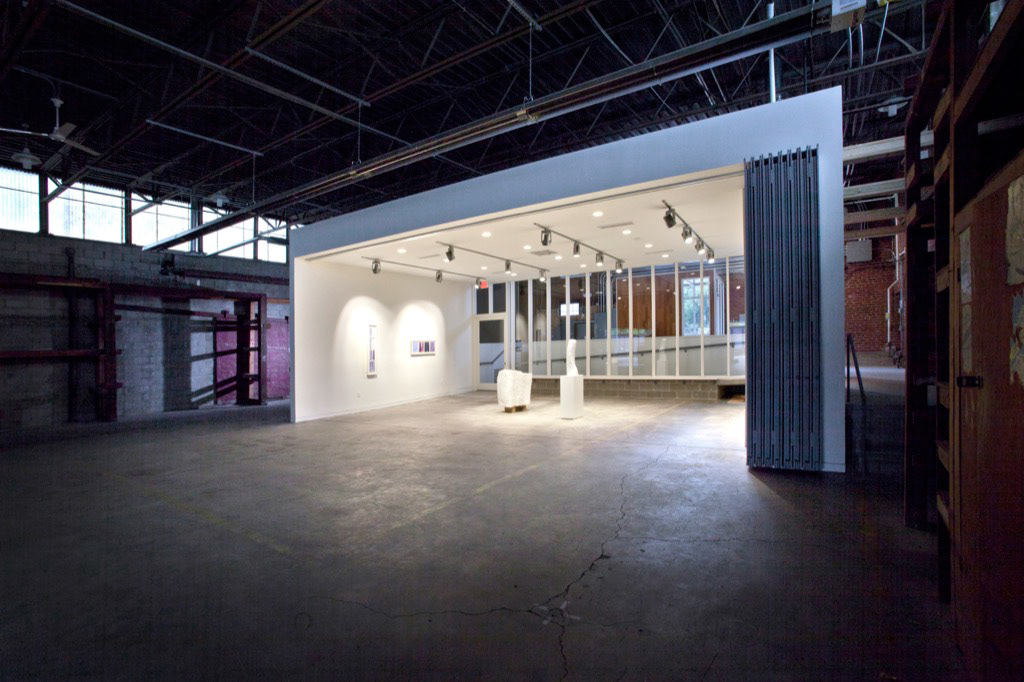 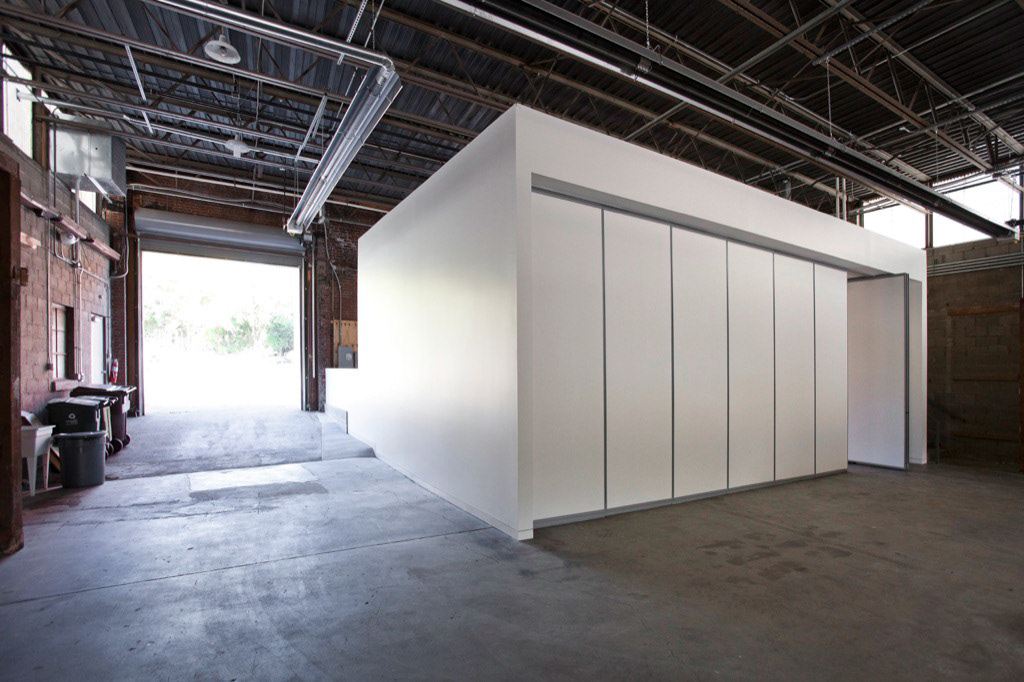 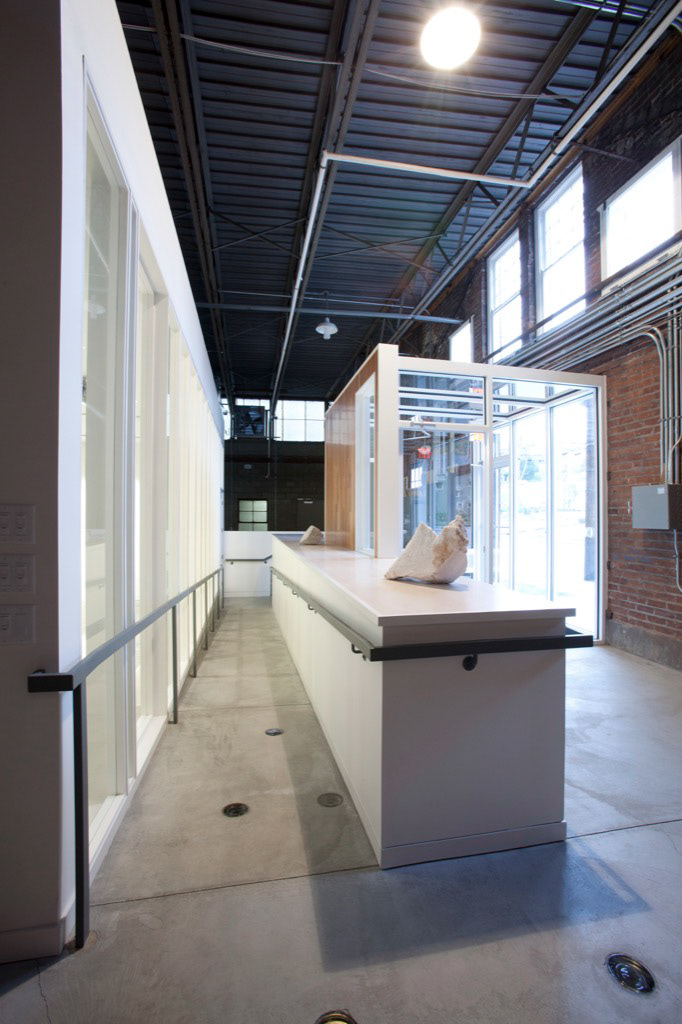 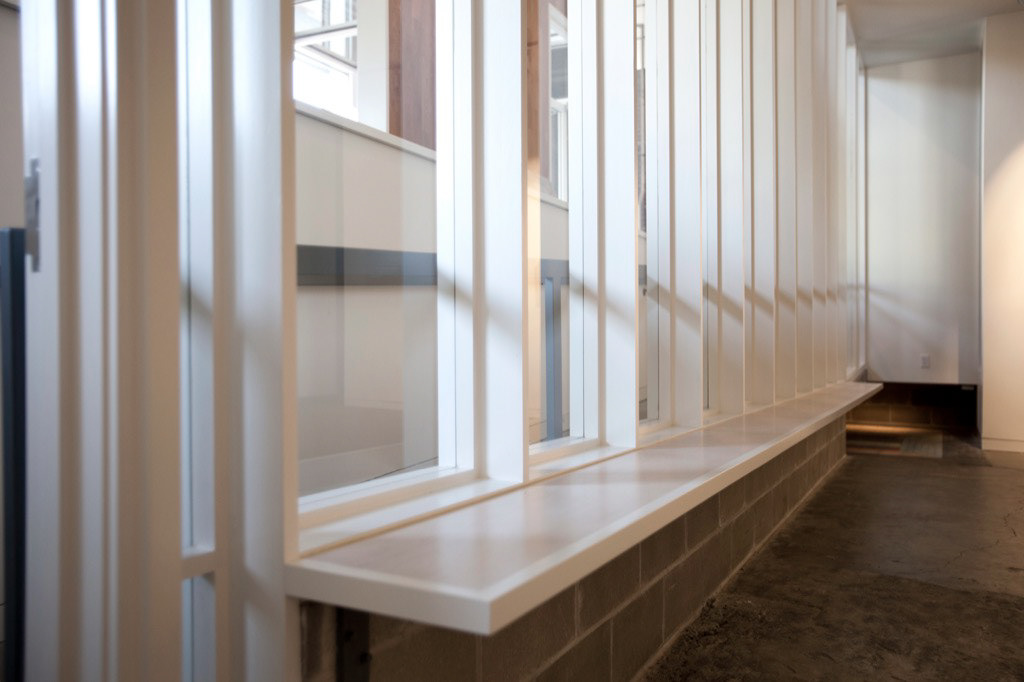 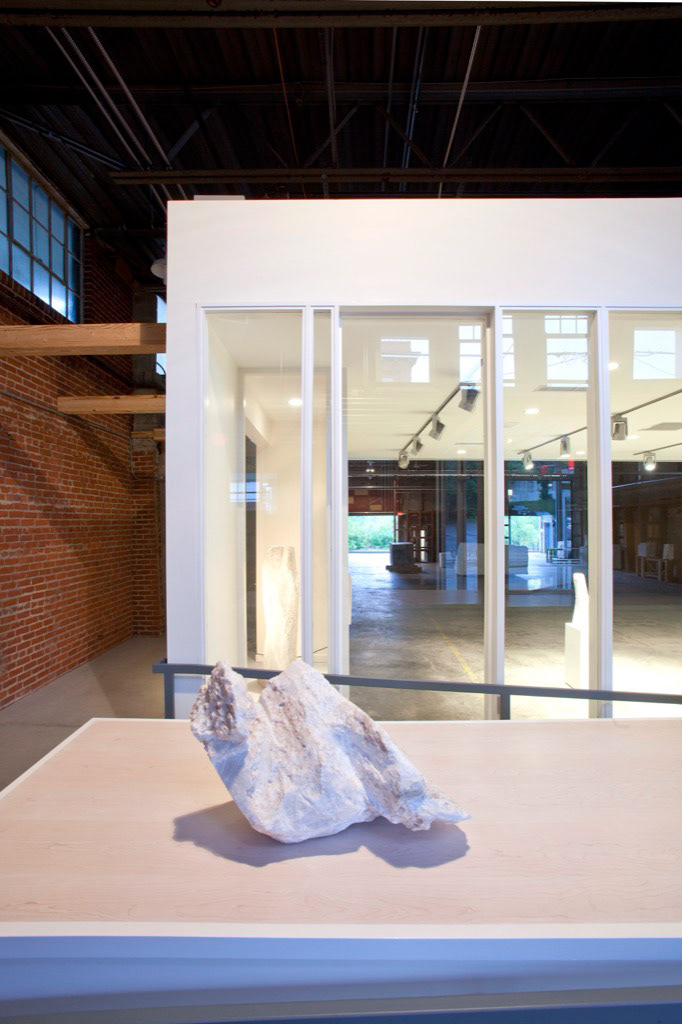 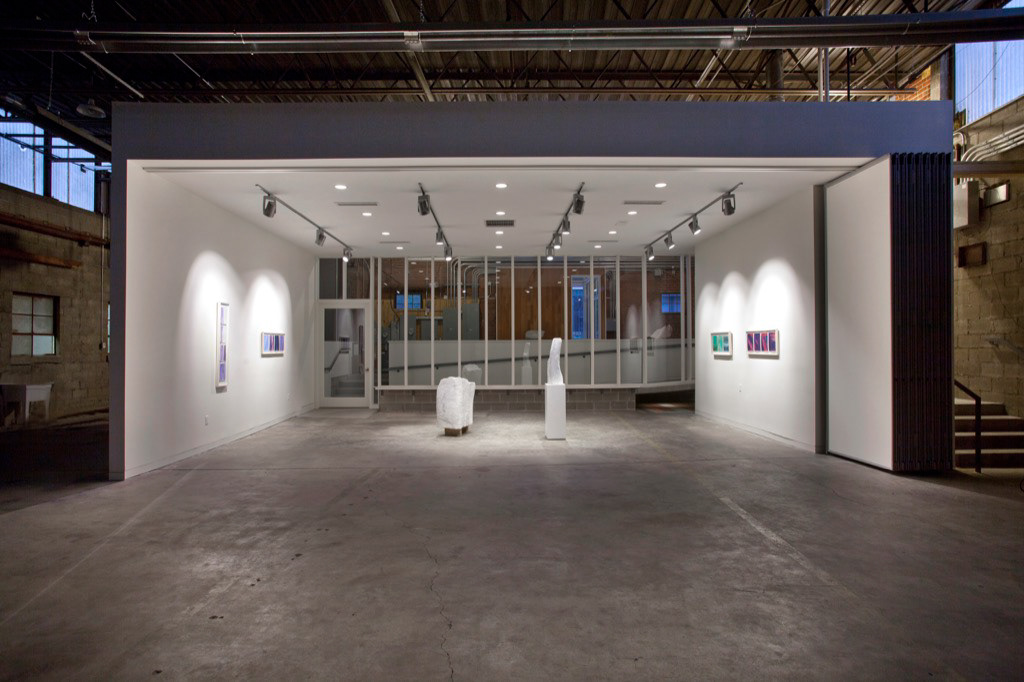 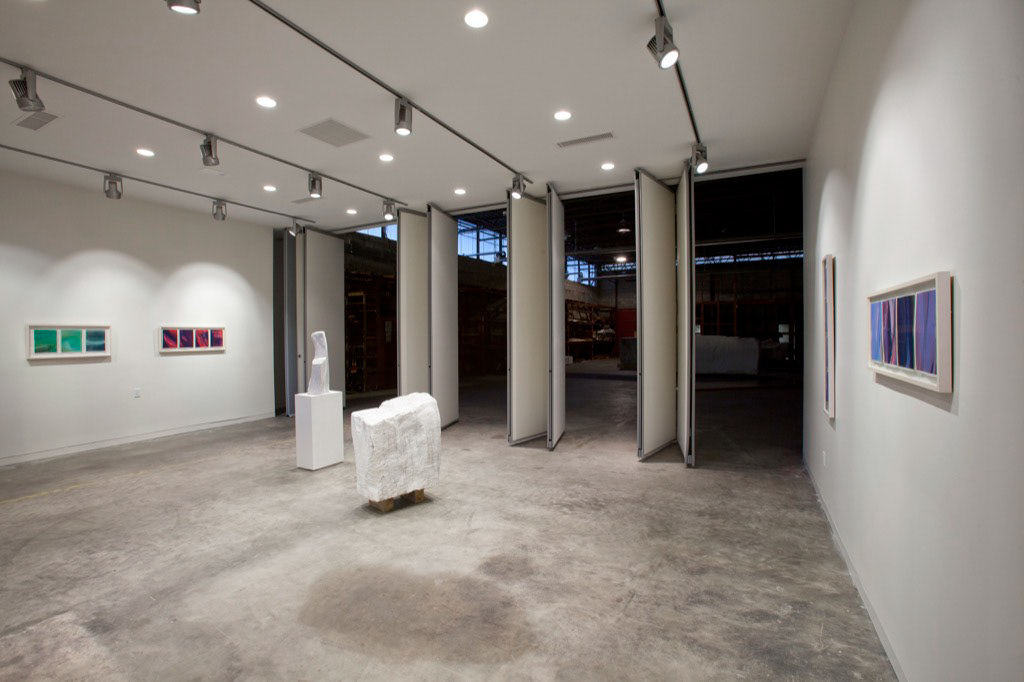 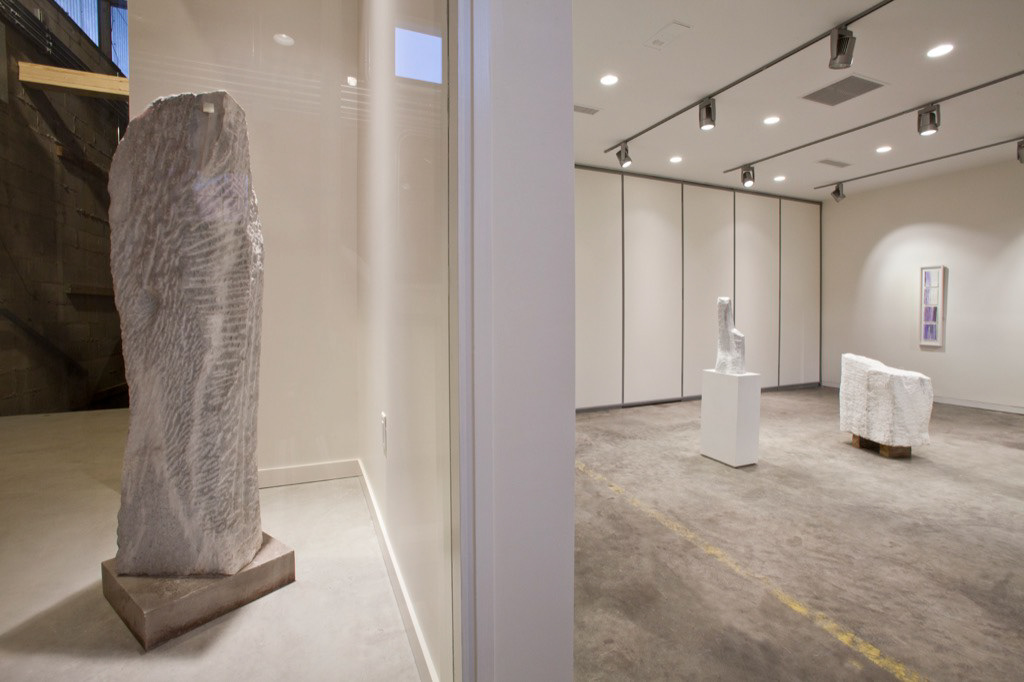